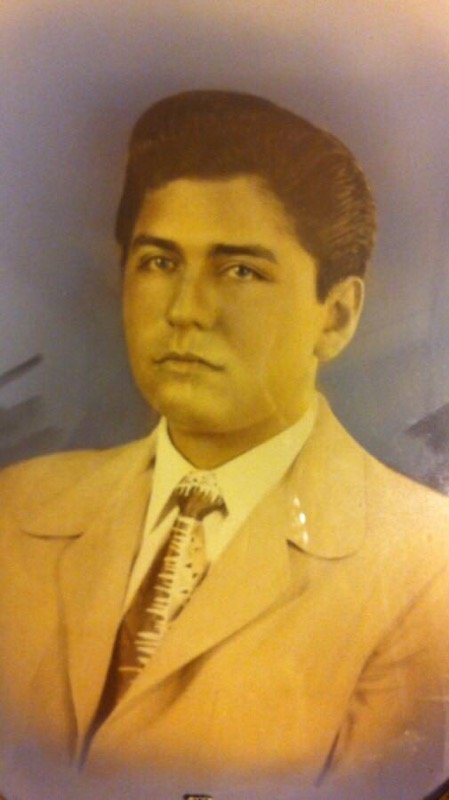 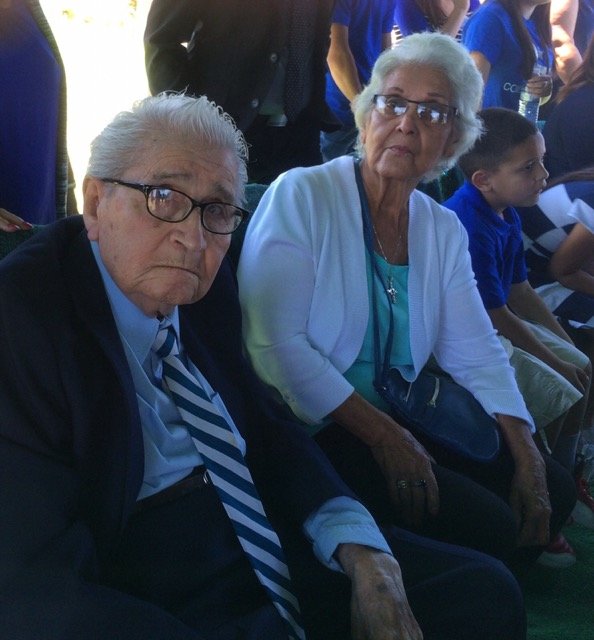 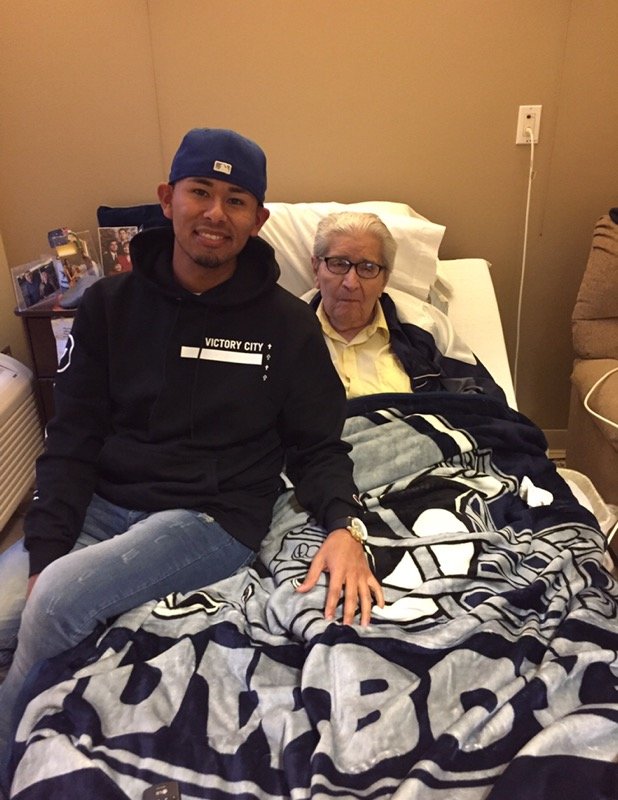 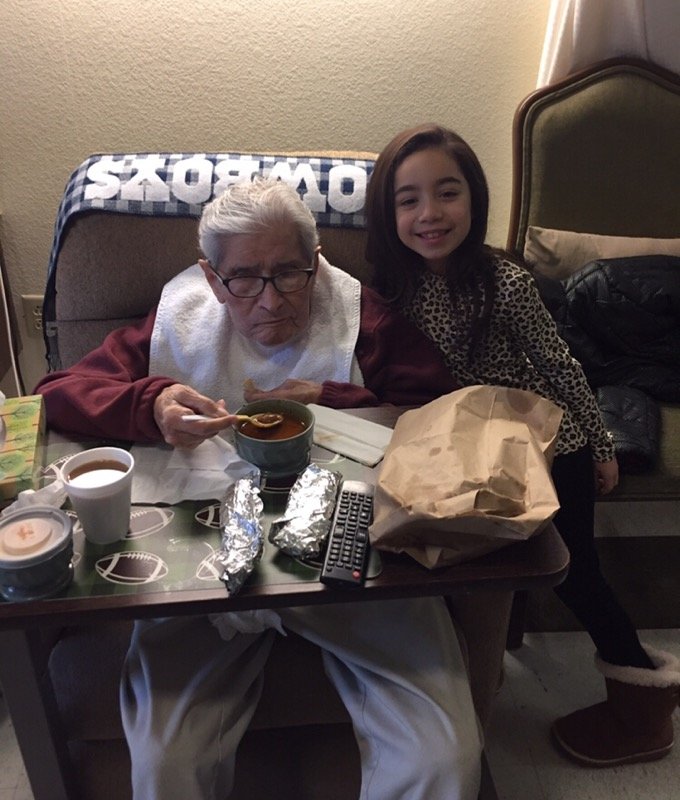 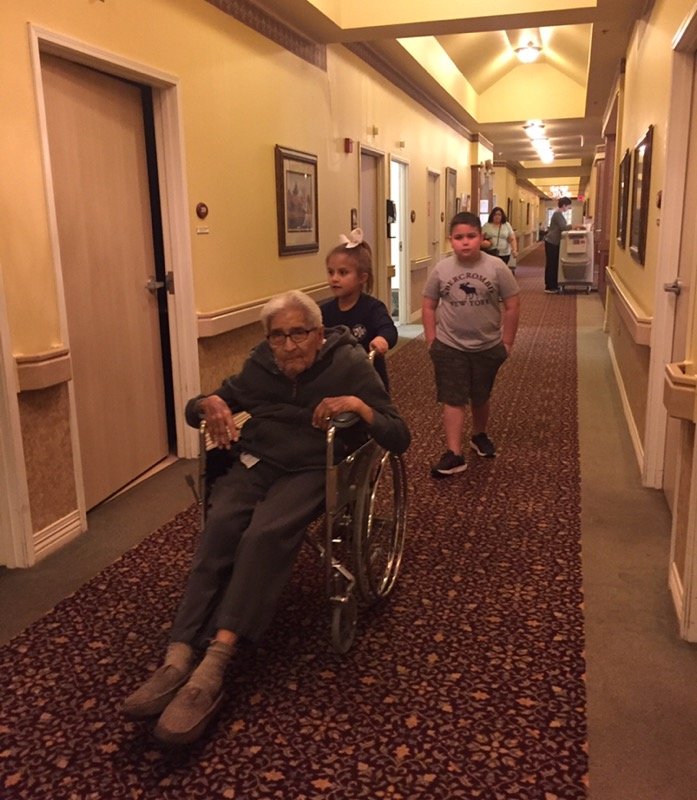 Graveside Service to be celebrated at a later date.

Our beloved Nemesio Gomez, age 92, resident of San Marcos was called by our Heavenly Father on Thursday, January 30, 2020. He was preceded in death by his wife, Stella Gomez; daughter, Stephanie Gomez; parents, Praxedes Gomez & Rosa Garcia; and brother, Julio Aguirre., Nemesio spent many years in Gonzales and Luling, and lived his later years in San Marcos, Texas. While in Luling he met and married Stella Rodriguez. To this union five children were born, Stephanie, Victoria, Sandra, Esther, and Anthony. While in Luling, Dad was employed with Bud Davis Processing Plant for several years. Following this employment, he was a self- employed barber, following the family tradition set forth by his brothers Joe and Armando, and his cousin Victor. Some of dad’s favorite pastimes included fishing, he loved fishing just as much as his brother Fye does, and as much as his nephew Julian did. He enjoyed faithfully watching the Dallas Cowboys, playing dominos and thrived in being addressed as a domino champion. His favorite all time sports hero was “The Greatest” Mohammad Ali. Dad was able to educate you on Ali’s opponents, where a particular match was held, and the specific round in which the opponent was TKOed. He loved life and just as his sister Placida does, he enjoyed having his family gather together. As dad advanced in age and his pastime activities came to a halt he was vocal in making it known that his days were honored by the blessing of his grandchildren Xavier, Bryan, Jade, Jasmine, and Dillon and his great grandchildren that he wholeheartedly adored and cherished - Katelyn, Chance, Peyton, and Camille. He is survived by his daughters, Victoria Gonzales & husband Harry, Sandra Fernandez & husband Lee, and Esther Villegas; son, George A. Gomez; brothers, Joe Gomez & wife Lilly, Armando Aguirre and wife Lupe, and Rafael Aguirre and wife Pualine; sister, Placida Guevara; grandchildren, Xaiver Gonzales, Jade Little & husband Chad, Bryan Gomez & fiancée Sara Imam, Jasmane Fernandez, and Dillon Villegas.; great grandchildren, Katelyn Gonzales, Chance Little, Peyton Litle, and Camille Gomez.; and with other loving family and friends. Visitation will begin at 4:00p.m - 9:00p.m., Tuesday, February 4, 2020 with a Prayer Service held at 7:00 p.m.,at Los Angeles Funeral Home, 300 Cheatham St., San Marcos, Texas. Graveside Memorial to be celebrated at a later date. Please visit www.losangelesfh.com to offer condolences and to send flowers.

Share Your Memory of
Nemesio
Upload Your Memory View All Memories
Be the first to upload a memory!