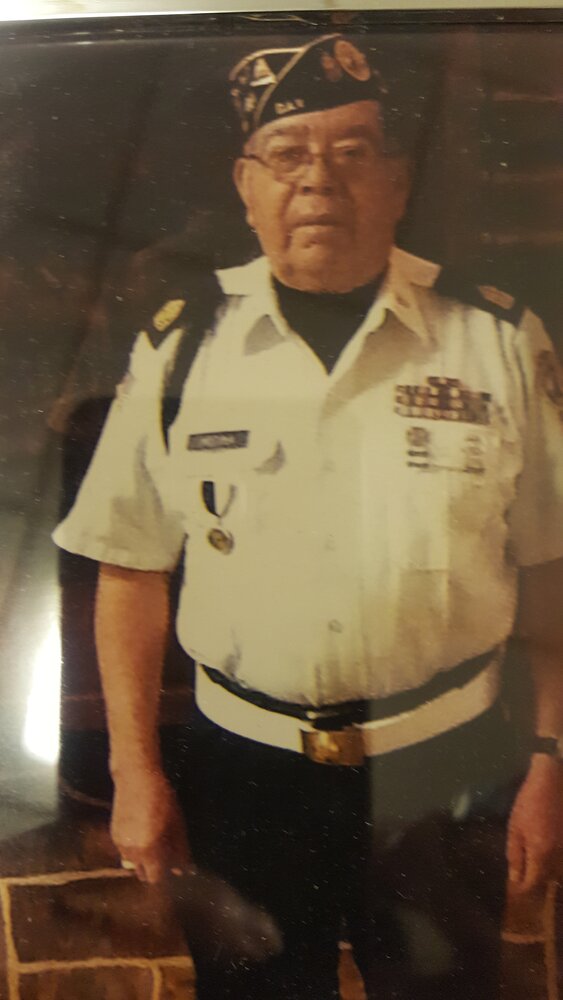 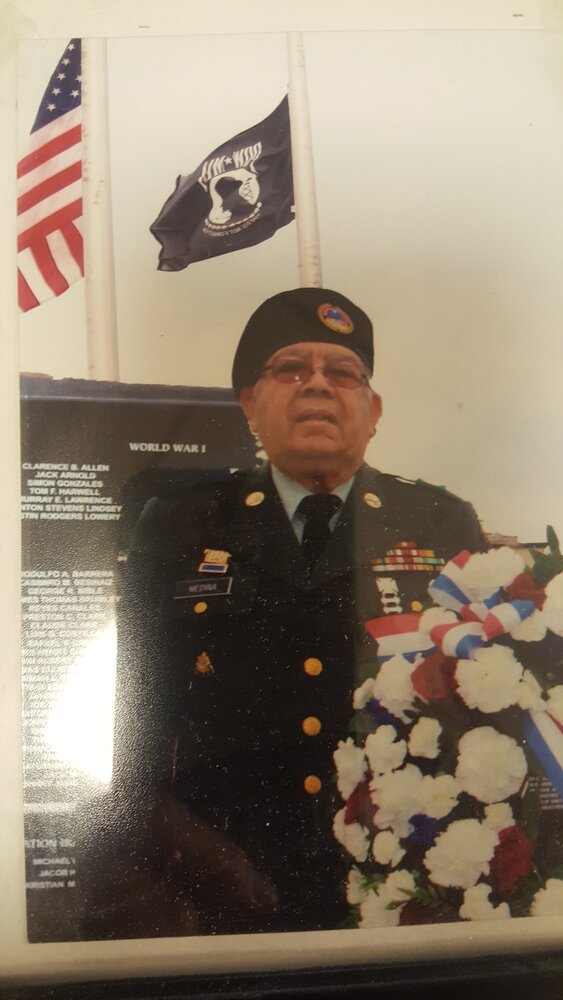 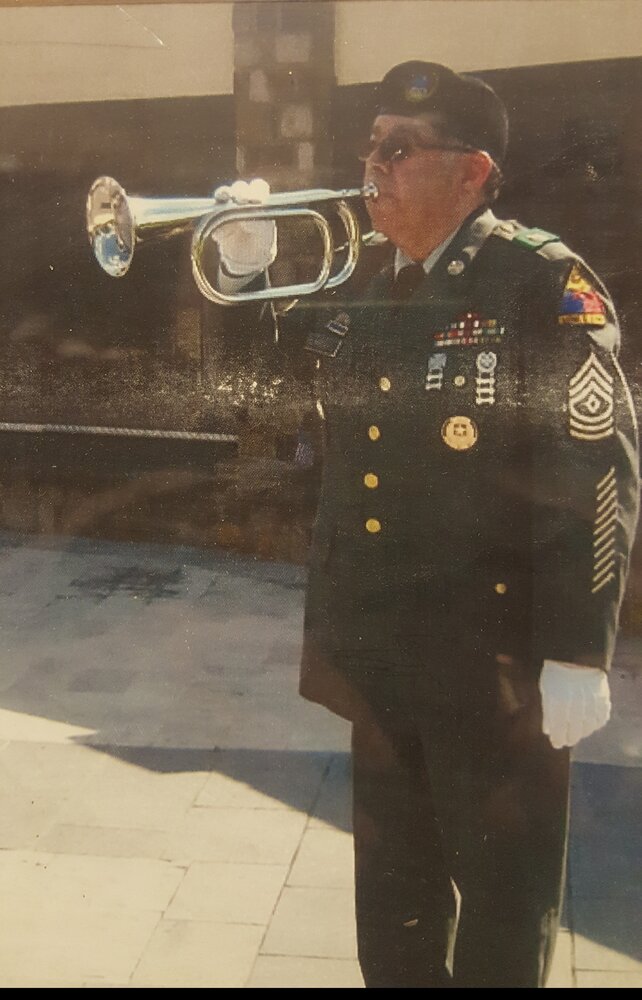 Please share a memory of Gilbert to include in a keepsake book for family and friends.
View Tribute Book
Gilbert Medina passed away on October 12, 2021 at the age of 86. He was born in San Marcos, Texas to Leonardo and Leonor Gonzales Medina. Gilbert graduated from San Marcos High School in 1953 where he was a member of the high school band where he played the trumpet. He continued playing his trumpet while in the service e of his country in the US Army. Gilbert was employed by Wide Lite for many years where he retired as a welder. During his retirement he enjoyed many outdoor activities including fishing, hinting and menudo cook-offs with his friends He also spent many hours watching his favorite sports and shows on TV. On many weekends he spent time at his hunting lease cooking for friends and enjoying their friendships where his close friends knew him as “Wimpy”. He also enjoyed playing fast pitch softball where he was a pitcher on numerous teams in the area for many years. Finally Gilbert lived with his parents into their elder age and helped them until their passing. Mr. Medina is preceded in death by his parents, his brother: Valentin Medina; sister: Oralia (Lala) Tobias and brother in law: Domingo (Toby) Tobias. He is survived by his sister: Josephine (Josie) Cantu and husband Inocencio Cantu of San Marcos: Nephews: Anthony and Robert Tobias of San Marcos, Hiran Cantu and wife Madeleine of New Canaan, Ct, Valentin Medina Jr. And wife Carrie of Dripping Springs and niece Dr. Sonja Cantu and husband Greg of Cambridge, Ma. Cousins: Charles Del Cueto of San Abtonio, Jerry Del Cueto of Buda, Raymond Del Cueto of San Marcos, Norma Gonzales of Laredo, Abel Ortunio of Rockville, MD. , Henry Gonzales of Seattle, WA.; and sister in law: Dr. Anita Medina of Zapata, Texas. Gilbert was a proud veteran. He retired from the Army after serving for 39 years. During his tenure in the army he served in the 6th Division, the 4th Army , the 546 AAA battalion, the 90th Division, the 36th Honor Guard of Seguin and post 41 of Lockhart. During his service he was awarded the Lone Star Distinguished Service, Army Achievement Medal, Meritorius Service Medal, Texas Faithful service, Army Service ribbon, Good Conduct Medal, Armed Forces Reserve Medal, Army Reserve Components Achievement and the NCO Professional Development awards. The Medina family would like to extend special thanks to his nephews Anthony and Robert Lee Tobias for their special care too Uncle Gilbert and for always being there in time of need for Gilbert. DUE TO COVID-19 ... CERTAIN RULES STILL APPLY … (MASK WILL BE ENFORCED!!) Visitation will begin at 5:00 p.m. – 7:00 p.m., Tuesday, November 2, 2021 at Los Angeles Funeral Home … 300 Cheatham St. … San Marcos, Texas. Wednesday Morning visitation will begin at 10:00 am - 12:00pm, at Los Angeles Funeral Home… Military Burial will be conducted at Ft. Sam Houston National Cemetery in San Antonio, Texas beginning at 2:30pm. Please visit losangelesfh.com to offer condolences.
To plant a beautiful memorial tree in memory of Gilbert Medina, please visit our Tree Store
Tuesday
2
November

Share Your Memory of
Gilbert
Upload Your Memory View All Memories
Be the first to upload a memory!
Share A Memory
Plant a Tree